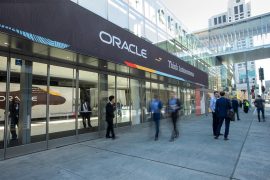 Oracle was approached for comment on the new deal with Laos International Bank. The core banking provider neither confirmed nor denied the deal, but did say it is “seeing a lot of momentum at the moment, working with new clients to support their transformations and expansion in a fast-growing and exciting region”.

This momentum is reaching other areas of the globe for Oracle. Fintech Futures recently reported on the technology provider’s deals with banks in Sudan, Somalia, Libya and Djibouti in Africa.

The vendor competed with rivals Temenos, Path Solutions and ICSFS for a number of the African contracts, but it is not clear what competition Oracle had in landing the deal with Laos International Bank.

Last year’s developments in mobile payments and the active partnerships formed by major banks in Laos suggests new momentum for mobile and digital-first banking across the region.