The rules require leasing firms to reduce the amount of risky assets they hold and ask that firms also avoid over-financing individual clients. 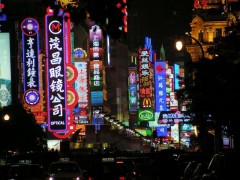 Whilst 10,900 leasing firms are operating in China – figures recorded mid-last year –  it was revealed by the China Banking and Insurance Regulatory Commission (CBIRC) this week that 72% of these are shell companies or companies which have halted all their business. This means only 2,985 of them are conducting usual business operations.

The CBIRC, the regulator behind the rules, says it wants to “strengthen supervision” and promote a “standardised development of the financial leasing industry”.

The rules follow years of flourishing growth in a sector which has been marred by cases of illegal fundraising, the occasional fraud and shaky investments.

“Rumors of the new regulation have been around for a while,” an anonymous industry source tells Caixin Global. “It will lead to a reshuffle in the industry and force out a number of unqualified small players.”

Under the new rules, financial leasing companies will be expected to cap their non-core business assets at 40%, and limit risky assets by making sure they are always eight times a company’s net assets.

The draft also expects companies to cap their outstanding business with an individual customer at 30% of net assets, and therefore business with connected parties should be capped below 50% of their net assets.

The CBIRC feels that the industry needs a well-judged, consistent regulating system to guide those companies which have deviated from their main business to focus back on financing and leasing services.

All financial leasing companies in China will have one to two years in which to bring change their operations in line with the drafted regulations.