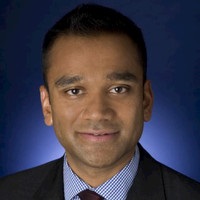 He joins BNY from HSBC, where he held the role of COO Americas for FX, commodities & corporate sales for two years.

Prior to his role at HSBC, he held several senior positions at Deutsche Bank including the global COO of FX and emerging markets debt in Latin America and the Americas.

Suresh is based in New York, and will be reporting to Jason Vitale, global head of FX.