Cake, a banking app which pulls together customers’ existing bank accounts and transactions into one place, is set to launch the first publicly available version of its app later this month in Belgium.

The fintech start-up says it shares its profits with customers to help them make their bank accounts more profitable again, as well as showing them how they are comparing to their peers, offering auto-mode savings settings and automatic cashbacks on daily spending. 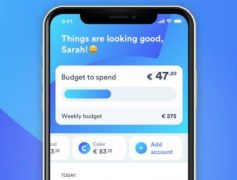 In July 2019, Cake recieved its licence from the National Bank of Belgium (NBB)

Speaking from experience with previous ventures, founder and CEO Davy Kestens says “this time, we started doing customer development over a year before launching our product and even before starting the product development at all”.

Kestens believes “it’s so important to build a product that your […] customers are looking forward to using”. The founder, based in Belgium, has brought together a “fully-remote” team of 22 people.

In July 2019, Cake received its licence from the National Bank of Belgium (NBB), which allows Belgian banks to share data with the app. With around 1,000 customers testing the app at the end of last month, the fintech has analysed more than €51 million in transactions so far.

In mid-December the fintech listed some of the banks it currently had open API links with, including Europabank, AXA Bank, Rabobank, and KBC.

“Although the banks are legally obliged to have their API ready, we noticed that a number of them still don’t offer API’s that we think are of sufficient quality,” the fintech said on its website last month. However “we’re currently making good progress with the teams of BNP Paribas Fortis and ING,” the fintech added.

Looking ahead, Kestens says he and his team need to “launch, validate our model, release a few killer features and raise our Series A funding to take it to the next level.”

And although launch is starting initially in Belgium this month, Kestens says the fintech has already passported its third-part provider (TPP) license to the Netherlands, Luxembourg, Germany and France.