Banco Sabadell, Spain’s fourth-largest private banking group, has signed a 10-year deal with IBM worth $1 billion, which will see the technology giant providing it with hybrid cloud services. 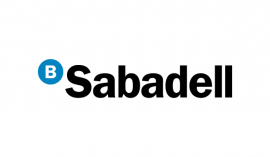 The new agreement is an extension of an existing deal between the two firms, and will see IBM migrating several Banco Sabadell applications into a hybrid cloud environment.

According to IBM, the collaboration will simplify Banco Sabadell’s “dispersed technological infrastructure” and create an ecosystem in which it can move data freely between cloud environments.

Miguel Montes, Banco Sabadell chief operations and people officer, says of the deal: “With this, we are not only continuing to increase our resilience, security and scalability capabilities, but we can also adopt key elements of the new technology paradigm like cloud, the intense use of data and artificial intelligence.”

“An open hybrid cloud platform, built and managed with IBM Services’ industry experience, can help lay the foundation for financial services providers to respond to the challenges of the industry and position them to securely integrate with IBM financial services-ready public cloud capabilities in the future.”

Founded in 1881, Banco Sabadell is a universal bank and group with several banking subsidiaries. It accrued €783 million in net profits for the year up to September 2019.

The group is a parent company of UK bank TSB, which employed IBM in attempting to fix its core banking issues back in June 2018.

See more: Banco Sabadell among six banks to sign up to Swift gpi

TSB also announced a further deal with IBM this week, which will see IBM build and manage TSB’s private cloud environment, running services across TSB’s core banking platforms with all of the infrastructure being operated and managed by Big Blue under supervision by TSB.

“Our partnership with IBM marks the next exciting phase in our tech transformation,” says Suresh Viswanathan, chief operating officer at TSB. ”

“At a time when both the pace of change and the customer demand for new services is increasing, our partnership ensures our digital offering remains competitive and allows us to act faster to meet the needs of TSB customers.”