Paul Hanks, the former chief technology officer (CTO) and co-founder of the UK’s Atom bank, has joined DayTek Capital as a technology advisor. 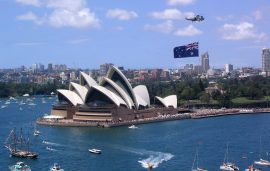 Hanks has held a series of high-profile positions, including, interim CIO of Fiserv Agiliti, lead design architect for the front-office separation of Lloyds Banking Group to form TSB, director within the FSBU at Capgemini, and CTO at Beneficial Bank (now part of HSBC).

“I am extremely excited to be supporting DayTek Capital and their mission to build Australia’s first “product-disruptive” bank, Infinity. Infinity will have a significant impact on banking sector going forward,” says Hanks.

He adds: “What they are looking to achieve is not something I have witnessed in the banking sector before and will radically escalate what customers will expect from their banks going forward. I am excited to be working with Will Banks and the DayTek Capital team, to provide a truly disruptive and innovative bank into the Australian market.”

During his tenure at Atom bank, Hanks was responsible for the technical and business architectures of the bank, taking the design from its inception through to mobilisation and operational launch. Atom was one of the first banks to go through the UK’s new bank approval process and he was instrumental in shaping Atom’s thoughts on the use of technology within the new banking arena.

Will Banks, co-founder and chief executive officer of DayTek Capital says: “With the combination of Paul’s experience and focus on innovation, we are delighted that someone of Paul’s calibre has joined DayTek Capital as a Technology Advisor. His track record speaks for itself and thus we are very much looking forward to working with Paul.”

Banks notes that the appointment of Hanks, along with the continued support from the Australian Federal Government and Trade & Investment Queensland, strengthens DayTek Capital’s commitment to provide a real alternative to the traditional banking model. Their licence application is only days away from submission.

Infinity has already generated great interest in Australia, with the federal government offering assistance in support of the venture. Trade & Investment Queensland, the Queensland Government’s dedicated global business promotion agency, is also supporting Infinity and its potential to create skilled jobs in Queensland.

Last month, Banks was awarded permanently residency to Australia in an unprecedented three weeks. He is the first in Europe to have been granted a visa under the Global Talent Independent Program, which is only awarded to individuals who are internationally recognised in a future focused sector.