Wellington Holbrook, chief transformation officer at ATB Financial, has announced that he will be leaving the firm after nine years. 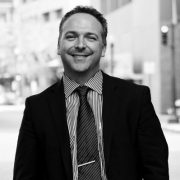 Holbrook joined the Canadian state-owned financial services provider in 2010 as executive vice president (EVP) for retail services, before holding a position as EVP of business and agriculture for just under five years.

He stepped into the role of chief transformation officer in September 2016. “I have had an incredible few years being exposed to some of the greatest technology minds in the world and I am so proud that many of them now work at ATB Financial,” writes Holbrook in a LinkedIn post.

ATB Financial is a crown corporation owned by the Province of Alberta, employing more than 5,500 people and serving 753,000 people and businesses.

The firm is not a chartered bank but is regulated by the government of Alberta under Canada’s Treasury Branches Regulation.

It launched its own challenger bank, Brightside, in January 2019. The new bank will feature a technology stack provided by Technisys, which beat out competition from Thought Machine, Fidor and Mambu.

Holbrook stated online that he would not be “going far” and is looking forward to seeing where CEO Curtis Stange takes the company.