Accenture has announced its eighth FinTech Innovation Lab in London, which this year will welcome 50% more female founders in a bid to narrow the gender gap in fintech.

To select the programme’s 20 fintechs, Accenture worked with F6S to “proactively scout female-led companies”. The lab’s director Tom Graham says they whittled down the list from 300 to 20, and that more than 45 banks and insurers took part in the decision making. 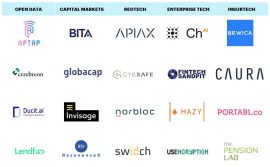 “It’s encouraging to see the UK fintech landscape continuing to thrive, and particularly good to this year see an increase in female-led companies participating in Accenture’s lab,” says Graham. “Its integral we all work to create an equal playing field in a highly competitive space.”

Read more: CBI’s CEO on gender diversity in banking and how it’s changing

A 2019 alumni and co-founder of fintech start-up Lifetise Caroline Hughes says: “I think it’s extremely important that female founders, of fintechs in particular, are encouraged to take part in these programmes as there is still plenty to be done to narrow the gender gap in the industry.”

Read next: Our top women in fintech and banking 2019 short list