What is the best time to buy cryptocurrencies?

With surging interest in this newest and most exciting asset class, many new investors are curious as to what times might be the best to make purchases in cryptocurrency markets. On the surface, this question might seem like a strange one. After all, markets are so complex that there’s rarely a stable right or wrong time to buy in that could apply to everyone. 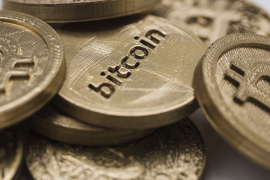 Everything you need to know when investing in cryptocurrency.

Imagine asking someone what the best times to buy stocks or commodities are and expecting to receive a straight answer that you could mark on your calendar. It sounds absurd. However, the crypto market has some exciting features that you should be aware of before investing. In the following article, we’ll discuss these.

Of course, this doesn’t mean that we can give you a fool-proof path to success. Knowledge is power though; each new piece of information you take in makes you a more well-rounded investor. So let’s jump right in.

Cryptocurrencies trade around the clock, all year round

Up until crypto became a thing, the only other market that came even close to the round-the-clock nature of crypto trading was the global FX market. Even though currencies also observe office hours because forex is a genuinely global market, as one country is closing for business at the end of the working day another one is opening for business.

This overlap made FX the first truly 24-hour market. This is in stark contrast to other assets like stocks that observe strict trading times and are only actively traded for a few hours each day. However, even though FX boasts around the clock trading, it’s still closed over the weekend.

Unlike these other more traditional markets that observe the working week, cryptocurrencies trade twenty-four hours per day, seven days a week, all year round. The crypto markets do not see any market holidays whatsoever. People are up all night trading crypto, on weekends, on Easter Sunday, Yom Kippur, Ramadan, Christmas Day, and even New Year’s Eve.

Why is this important?

Because crypto came along and interrupted the ordinary course of the news cycle as it pertains to trading. Usually, market news is announced at the beginning of the working week, and then markets react accordingly as and when they come online for trading.

With crypto, the fact that people have access to its numerous markets all week round means that a great deal of speculation takes place over the weekend in anticipation of the news that is set to drop on Monday morning. The infamous gap up or gap down, which is most prominent in stock markets, is almost non-existent in crypto trading.

You might be also interesting about the history of Bitcoin and Gold, as per this EverFX article.

What does this mean for crypto traders?

Essentially what this means is that news in priced-in differently in crypto markets. There is no waiting period in which investors get their ducks in a row in anticipation of the market open. Earlier this year, Bloomberg cited some research revealing that 40% of all bitcoin’s price rises until that point in the year had taken place during weekend trading. This is fascinating, especially considering that the weekend only accounts for about 28% of the week’s trading activity.

The article suggested that what could be taking place is that crypto traders are attempting to front-run news that is about to be announced on Monday morning.

Of course, unless these traders have insider information, it’s unlikely that they can anticipate the direction of the move that the news will provoke, however, at least in 2019, bullish weekend plays have been consistently profitable. This weekend effect has somewhat been mitigated in the last month or so since Bitcoin has entered a consolidation phase. However, it’s still essential to keep it in mind. FOMO has a role to play

Another exciting part of this story is that FOMO (or fear of missing out) seems to be heightened over the weekend for two distinct reasons. The first is that, as we’ve already discussed, crypto is the only game in town over the weekend, so traders itching for some action only have one market available to them.

You can guarantee that speculators who are prone to over-trading are flooding to crypto to scratch that itch. The second reason was dubbed as the Thanksgiving table phenomenon back in 2017 when cryptocurrencies went on their magnificent bull run.

Simply put, the Thanksgiving table phenomenon refers to how people meet over social occasions and weekends (this isn’t limited to Thanksgiving) and inevitably end up discussing things like crypto over the table.

These discussions were held as one of the causes for bitcoin spreading like wildfire in 2017 and are thought to be responsible for many newcomers entering the space.

FOMO is spread by word of mouth as much as it is by the media, so when people are off work over the weekend and are touching base, sharing what they’ve been up to, crypto inevitably enters the conversation. And with crypto markets being so accessible, it’s not hard to connect the dots between this phenomenon and increases in prices.

Volume is lower over the weekends

It may seem somewhat counter-intuitive to beginners, but sizes (how much is being bought or sold of any given cryptocurrency) are smaller over the weekend. It’s counter-intuitive because, as we’ve already told you, the price tends to make pronounced movements at these times.

But this is how markets work. When fewer people are buying and selling, it takes less trading activity to move the needle. So prices can surge with relatively less trading than you get during the working week. This can account for why we tend to see these surges in price over the weekend. A similar, though less pronounced phenomenon, can be observed late at night or at times when significant markets like the US are sleeping.

Finally, the CFTC publishes the Commitment of Traders Report every Friday evening, which details how traders are positioned. Since bitcoin futures came online in December of 2017, this report became the first to be digested and acted on by traders (due to bitcoin trading 24/7).

Now, some might say that this only applies to bitcoin, since it’s the only cryptocurrency with an active futures market, but with bitcoin mainly acting as a proxy for the entire market, altcoins live and die on bitcoin’s performance. This is particularly so since 2018. Altcoins have yet to reassert themselves after the bear market we’ve seen.

As you can see, the weekend is a particularly exciting period for trading cryptocurrencies; this doesn’t mean that your chances of success are increased, although, statistically, the chances of you catching a move do seem to be higher. Play around with it and see how you get on.