US challenger bank Chime has managed to quadruple its valuation in less than a year to $5.8 billion from $1.5 billion, according to CNBC sources “with knowledge of the matter”.

The new valuation follows a notably huge $500 million Series E funding round led by DST Global, which marks the largest individual equity investment for a challenger bank ahead of Brazilian challenger NuBank’s $400 million fundraise in July of this year, according to CB Insights. 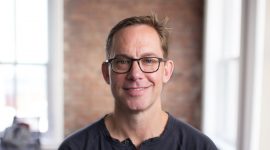 Investments are only getting larger and more frequent for fintech start-ups. Fellow US fintech Robinhood, a digital trading app, hit a similarly large $7.6 billion valuation in July after a $323 million Series E funding round.

Chime CEO Chris Britt plans on using the funds to develop new products, double his employee count by the end of 2020, and set up a new Chicago office. Acquisitions of other fintech firms are also being weighed up according to the sources.

The new capital injection comes at a time when European challengers such as N26, which raised $300 million at the beginning of this year and a further $170 million in July, and Monzo are edging into the US market fast. This month Monzo hired a Visa executive to further speed up its US expansion.

Nonetheless Chime has a significant, growing share of the US market. With 6.5 million customers now, up from 1 million last year, the challenger says it attracts 150,000 direct deposit users a month on average.