The newly-arrived paytech joins PayPal’s Xoom, another international remittance service which edged into North America’s market at the end of last year. Challenger bank Revolut also announced in September it would be expanding into Canada before the end of this year, offering a variety of remittance services as well as current accounts. 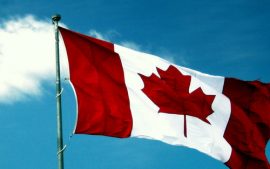 21.5% of Canada’s population is made up of migrants and international students

Hoping to tap some of the eight million foreign workers, migrants and international students which make up 21.5% of Canada’s population, Paysend will officially launch its service to Canadian consumers in early 2020.

“Moving into Canada is a significant step for Paysend global expansion plan, establishing a firm foothold in North America which is a massive opportunity,” says Paysend CEO Ronald Millar.

The paytech says it is “setting a new standard for the whole industry” because of its accessibility and low fees. It lets you top up and hold money in EUR, GBP, USD, Russian rubles and Kazakhstani tenge as well as cryptocurrencies through its partnership with Bitstamp all within its app. Money can then be converted into any of these currencies subject to interbank exchange rates and a 1% markup by Paysend.

Other players such as Revolut and Sokin charge monthly fees for unlimited transfers.

Migrants and foreign workers in Canada transfer more than US 24 billion home each year according to the World Bank Report, sending the bulk of their money to China ($4.1 billion), India ($2.9 billion), Philippines ($2.4 billion), France ($1.3 billion) and Italy ($1.1 billion).

The remittance market has grown almost ten times in size since 1990, with World Bank figures suggesting there are now 270 million people worldwide sending around $689 billion home in remittances.

Read next: Sokin CEO: We’ll turn remittances on its head