Supreme Fintech is one of the latest challengers starting up in the UK. Striving to become “a big global virtual bank” which acts as “a one-stop shop” for consumers and investors, the platform will act as both a banking service to individuals and an investment marketplace to showcases legitimate fintech ventures worth backing.

Rather than leaning on investors, the venture is self-funded by Malaysian-born founder and CEO Datuk Abdullah. After spending three years in the research and development (R&D) phase analysing directions of the fintech market, Abdullah’s start-up is gearing up for its 1 February 2020 launch.

Attracted to the UK by its regulatory ease in setting up a fintech, Abdullah comes from a 15-year political career in Malaysia working as a minister adviser for business investments. The role involved closely working with the central bank of Malaysia. Now, with a broad understanding of the global market, the ex-political advisor wants to create a fintech which works alongside authorities at every step of the way. 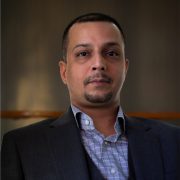 Having bagged 26 currency licences so far, Supreme Fintech’s CEO says it has also secured a global IBAN licence issued by the EU which includes China’s currency renminbi. “A lot of people are trying to get it,” Abdullah tells FinTech Futures, revealing the Chinese government had a massive part to play in the successful application.

Currently testing with staff accounts, the start-up will initially be launching in the UK and most of Europe, as well as Malta, Canada, Turkey, Brazil, Puerto Rico, Argentine, Peru, Malaysia, Australia, Hong Kong, China, Japan, Russia, South Africa, South Korea, Taiwan, India, Pakistan and most parts of the Middle East excluding Iraq, Iran, Syria and Lybia due to politically volatile landscapes. It aims to be launched in the US by May.

The start-up has already made an impressive number of partners in the industry before even lifting off. Abdullah names a few, including SocialPay, Tribe Payments and Deloitte, as well as the Bank of Lithuania. It will then work with four card systems: Mastercard, Visa, American Express and StyloPay.

As for security, Abdullah says it is working with Finnish and Swedish intelligence services. “We don’t want to wait like the retail banks and get told what is fraudulent on our platform,” he says.

Recently the fintech also got back from a “casual meeting” with FinTech Scotland, where it could be partnering with Scottish universities to promote young tech talent.

With just three board investors including himself, Abdullah says most of his team are very young and raring to join him in his vision to create something immediately global. “A lot of fintechs spend too much on the frontier offices,” says Abdullah, “but we started with the back-office R&D”. 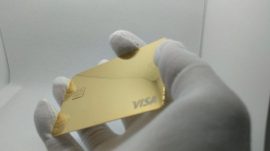 Serving low-income consumers right up to the highest levels of society, Supreme Fintech hopes it can cater to everyone. The CEO says its most luxury plans will offer 1-5% cash back on online or in-store purchases, 10-40% hotel discounts, first-class airport lounge access, unlimited transactions and perhaps the most challenging to deliver: medical insurance and life insurance.

The reason for an investment marketplace in addition to more straight forward banking services is a personal one. Experiencing a scam which saw his previous company hijacked and lost him thousands, Abdullah says his experience with UK authorities was not a positive one. “I was disappointed with the authorities, they didn’t take my case very seriously,” he says. “People will not invest in the UK if these things happen to companies.”

“My plan is to help the investors. Often they have money but don’t know what to do with it. They end up getting scammed by private companies,” says Abdullah. “Our solution is to work with the government, which all have investment bodies. We’re trying to penetrate with the governments.”

With an impressive initial growth strategy come February, it will be interesting to see how the challenger’s strategy plays out for them come the end of 2020.