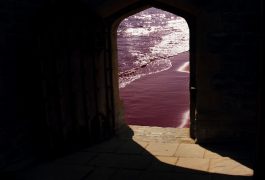 On 14 September 2019 the second payment services directive (PSD2) came into force. This European regulation has the great merit of leading all the European banks to start an opening to the outside world.

The effects were tangible. For example: the boards of directors of many European banks started to deal with open innovation; many banks started to work on APIs (finally, since they are a fundamental instrument in the digital era); many financial institutions allocated some legal budgets to manage PSD2 (a little less well, because before being a legal or technological issue, PSD2 is a business issue); and a large number of start-ups and some non-banking players (such as some retailers) tried to exploit its business implications.

However, this boost is not true open innovation, and above all it is not what we call an open finance journey: the path that makes it possible to effectively introduce the open innovation in a financial player. It’s an essential path to compete in the new world shaped by recent changes, technological or not.

Let’s start from three points that underline why Open Banking and especially only PSD2 are not enough to introduce the open finance, that is the open innovation in the financial world:

First of all, the innovation and the reasoned opening towards other players that can bring innovation inside a company can’t be led only by a regulatory focus. Innovation must be a strategic process planned to make companies more competitive in the long term, also through strategic models that support innovation such as the design thinking or the blue ocean strategy, but not only. Even more so in a phase characterised by a relevant competitive discontinuity such as the current one brought by digital innovation.

All-round finance, not only banking

Secondly, innovation must not be limited to current account or payment banking services, but it must be applied to all the financial services, starting from wealth management or financial intermediation, which are the most contiguous, but also the most “innovative” and not purely banking services such as the strong authentication, the new insurance services or all the open commerce.

Finally, the innovative process must involve all the players that revolve around the financial world. Open innovation is made not only with startups, but with customers (business or consumer), with universities, with incubators, and so on. On this matter, since the banking world is static, hundreds of worldwide companies are developing financial services not closely related to their core business (Enel and Juventus in Italy, not to mention Facebook with Libra or Apple with Apple Pay).

In the analysis of the Fintech & Insurtech Observatory, we mapped companies belonging to more than ten non-financial sectors (utility, entertainment, technology, automotive, transports, telecommunications, travels etc) that launched financial services in many cases not solely addressed to their customers.

If the passage from Open Banking to open finance may seem a mere defining exercise, it actually underlines how the whole financial world must evolve decisively and with openness when approaching and preparing for innovation. And many other elements are emerging in the research conducted and in the actions of the sector players.