When people talk about climate change I doubt they think about fintech.

More likely, they think about protestors camping throughout the world’s capital cities, teenage activist Greta Thunberg addressing thousands from the UN, or the terrifying videos of forest fires ripping their way through anywhere from Britain’s Yorkshire moorland to Australia’s Adelaide hills where hundreds of schools are being forced to close. 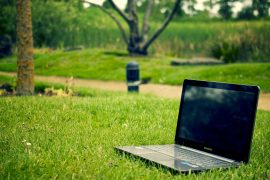 Whilst all this association is important and transformational to the cause, there is a wider debate to be had on whether companies have a purpose beyond profit to join this fight too.

Michael Bloomberg said in an Economist Asks podcast that he thinks “companies should have a philanthropic approach wherever they do business” and ”be very sensitive to their impact on the environment”, but clarifies: ”I do not want the heads of the big banks deciding on the social policies of our world”. For him, objectives should be separate because ultimately capitalist companies exist in this world to make money.

So it’s a balance. Be environmental in approach where stock holders want it to build competition and generate more jobs, but stop at the point where it doesn’t make money and bleeds into the role of activists who are driven by social good alone.

For the world’s biggest banks and financial institutions, this is the reality – everything they do is driven by investors. But with the advent of PSD2, we’re seeing a backdoor open to these once impenetrable companies, where fintech disrupters are taking their long-awaited chance to be the bank’s third parties and deliver functionality which fundamentally changes the way people spend and invest day to day.

This relatively new landscape will now see environmentally-driven fintechs trickle down the banking food chain and reach individuals’ routines, arguably disrupting Bloomberg’s belief that big banks should not decide on social policy for the world.

A good example of this is the Finnish start-up Enfuce. Founded by two women, the fintech is working with the likes of Amazon and Mastercard to be able to show people the carbon dioxide equivalent (CO2e) emissions of each purchase they make and the impact that single purchase has on the world’s climate.

Set to launch in 2020, the nifty integration could tap multiple generations and prove to be a low-effort, feel-good way of ‘doing our bit’ which beats fighting with your local council to make recycling easier for those living on your street. It might even stir up the competitive spirit in us to have a smaller carbon footprint than our partner, work colleague or school friend. Fitbit did it with steps, so maybe it’s not so far-fetched to think banks can do it with how people spend?

Other banks and fintechs are doing their bit by creating ‘green’ cards to replace the non-recyclable plastic ones which circulate the globe. American Express and iZettle have both used recycled ocean plastic to create credit cards and card readers.

Challenger bank bunq saw its new offering, bunq Green Card, sell out in 16 hours last month. Working with Eden Reforestation Projects, the bank says it is building a greener planet by planting a tree for every €100 spent with this card. Trees planted through Eden Reforestation Projects capture 308kg CO2 over their 25 year average life span. “The green impact of a user who spends €1,000 a month with his/her bunq Green Card is such that it takes just five years to start offsetting their yearly carbon footprint and be fully carbon neutral,” the bank claims. To keep users in the know about their green impact, bunq sends them monthly updates.

The card itself also “embraces sustainability”, bunq emphasises. With an expiry date of six years, it lasts 50% longer than a plastic card and its carrier case is made of recyclable material and paint.

Whilst it’s not changing social policy in the traditional sense, these sorts of ideas have the potential to rewire people’s thinking in a way which no longer feels forced. If people stop or cut down on buying things attached to an ugly carbon footprint because they feel bad, then it’s not so different from the UK government enforcing 5p and 10p charges on the use of plastic bags to make people think twice about whether they need to buy them in the first place.