State Street Corporation, the US-based bank holding company, has cut a number of developers from the teams leading its blockchain strategy.

According to CoinDesk sources, the firm is now pivoting towards tokenised stocks and bonds, rather than working on a technological revamp based on distributed ledger technology (DLT). 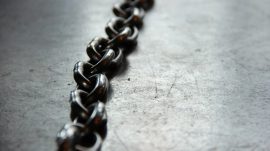 State Street had been planning a DLT overhaul of its infrastructure

An anonymous State Street engineer told CoinDesk that the cuts numbered around 100 developers, while a second source said that “most” of the firm’s blockchain team were gone.

State Street had been working with the Hyperledger Fabric open-source DLT software. The bank aimed to create a single book of record to run its investment book on the front end, with a custody book operated in the back office.

Ralph Achkar, managing director of digital products at State Street in London, says that the firm has “streamlined some of the people” in its blockchain teams.

Moiz Kohari, State Street’s global chief technology architect and the man who kicked off the technology transformation project, left the firm in May to found Manetu, a data protection company.

“Large companies around the world have all been dipping their toes into this industry over the last few years, attempting to use some of the technology behind Bitcoin to solve their problems.

“Having been involved in the Bitcoin industry for the past seven years, I’ve seen the progression of the industry and people’s thinking processes in this time, along with seeing how companies spend vast resources to research potential solutions to their own business problems”

Scott believes that companies like State Street have been trying to reinvent the wheel, and have failed to heed the advice from those in the industry when it comes to blockchain being a “small piece of the technology” behind cryptocurrency.

“By taking this one piece out, companies are preventing it from working in a usable, efficient manner.”