Gemini, founded by Cameron and Tyler Winklevoss, has hired Sawyer to lead the firm’s European operations as it aims to expand from the US. 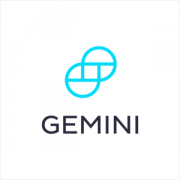 Gemini is looking to make moves in Europe

The firm originally announced its intention to expand into the UK and Europe in June 2016.

Sawyer takes the reigns as managing director for Europe at a time when Bitcoin is trading at $7,200, following a dip which caused prices to hit their lowest levels since May 2019.

Despite this, Sawyer tells the Financial Times that the world of cryptocurrency and exchanges is at a “pivotal point”.

The Winklevoss twins attempted to launch an exchange-traded fund (ETF) backed by Bitcoin in 2017, but were knocked back by US regulator the Securities and Exchange Commission (SEC).

At the time the watchdog cited concerns over the potential for fraudulent or manipulative acts and practices in this market.

“The commission notes that bitcoin is still in the relatively early stages of its development and that, over time, regulated bitcoin-related markets of significant size may develop.” The price of Bitcoin at the time of that decision was around $1,290.