iwoca, the UK-based small business lender, has announced its office expansion to the city of Leeds – a UK region silently growing into a prominent fintech hub on the heels of London.

With the promise of housing at least 100 employees in the northern city by 2023, the now globally-operating fintech has worked with local authorities including Leeds City Region Enterprise Partnership (LEP) and the central government’s Department of International Trade to facilitate the expansion plans.

The fintech will be on the look out for developers, customer support officers and relationship managers in Leeds ahead of opening the office early in the New Year. 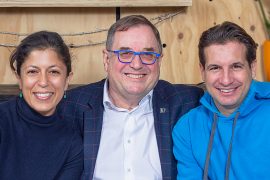 Chief operating officer (COO) at iwoca Seema Desai says “Leeds has a strong heritage in financial services and banking”, which is why the company “wanted to play a major role in the city’s fintech evolution”.

Despite being the second center for banking in the UK, employing more than 28,500 and housing more than 30 national and international banks according to LEP’s chair Roger Marsh OBE, Leeds is not generally seen by new global fintech players as a prime spot to expand, often overshadowed by London.

But the landscape offers “a very favourable ecosystem for fintechs to thrive” in Marsh’s eyes.

Leeds City Council published a report with Leeds-based company Whitecap last year which found there were 2,600 people working in fintech in Leeds, representing approximately 5% of the total financial sector employment across the region.

Compared with London, where fintech roles account for more than 15% of the financial sector’s workforce, WhiteCap MD Richard Coates believes there is “substantial upward potential” for Leeds to boost its fintech presence.

Global fintech player iwoca, now with more than 300 employees, says it has increased its headcount by 50% in the last year and wants to hit 400 employees before the end of 2020.

“We looked at several cities and Leeds stood out as a natural second home from where we could support even more small businesses across the UK,” says COO Desia.

“We were particularly impressed with the size and quality of Leeds’ talent pool, its strong and improving infrastructure, as well as the city’s own distinctive culture and soul,” she adds.