Signing up to the future 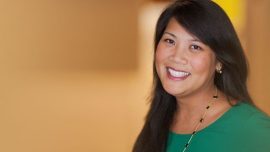 Alongside the time and energy of employees, contracts are arguably the most valuable asset of any organisation – governing every pound or dollar coming in and going out of a business. As such, it is natural that companies are applying technology to contracts to ensure they are deriving maximum value from what is essentially their commercial foundation.

Sitting at the centre of the business, the value and insights that can be extracted from within contracts makes them ripe for digital disruption. We’ve already seen multi-faceted automation technology enter a variety of other business processes, from payments through to customer relationship management, and digitally transforming contract management represents an even greater opportunity to accelerate the business and optimise performance while reducing risk.

The contract in its simplest form is an unstructured data asset – full of clauses, references, deadlines and insights. To date – contract management technology has worked to automate processes, such as pulling out deadlines and key clauses, however new technologies such as artificial intelligence and blockchain are poised to move contract management from automated to autonomous.

A world where contracts are fully automated would be one in which decisions can be made based on past preferences and negotiation styles – freeing up resources for legal teams to focus on adding value to intelligent business decision making and complex strategy formation.

Anyone who has negotiated contracts on behalf of their organisation is aware of the number of iterations a contract goes through. A typical negotiation between two companies today, not only requires several authorised officials from both companies to spend hours on vetting and revising the contract, but each step of the process also takes days, if not weeks. The contract goes through numerous iterations until both parties are satisfied. Each side analyses template playbooks and compromises made in past agreements to respond to each iteration and revise.

Moreover, the entire process is highly manual, often completed over vast email chains and requiring each person involved to meticulously and comprehensively understand every section of the contract along with the spirit of the whole document. Scores of human-hours and weeks or months of organisational processing later, the contract becomes executable. Meanwhile, every hour of delay opens the door to risk: market shifts, lost sales opportunities, unrecognized revenue, competitive threats and more.

Towards a frictionless business

In an ideal world – autonomous contracts managed by a contract lifecycle management system will save human time by using machine learned knowledge of negotiation history – for example extracting clauses from similar approved contracts in order to understand acceptable terms of business. The system would combine this information with industry and environmental data, and autonomously negotiate parts of the contract on behalf of the companies.

Currently, most regtech solutions that help to manage contracts reduce each element of a complex contract to a set of parameters that is filled in either manually or programmatically. Payment terms in a contract between two companies for instance, are typically entered into a contract lifecycle management solution after many rounds of negotiations. Additional clauses would automatically be added based on jurisdiction or other regulatory requirements. In a frictionless or autonomous environment, a solution would use insights from two companies’ contracting history to negotiate on their behalf, and execute clauses, workflows or actions when relevant events are triggered. For example – when a deadline is due, or an element of a contract is delivered (e.g. payment for goods and services). Further, the more a solution learns of complexities and nuances, it will formulate more acceptable proposals for the next contract.

Autonomous frictionless negotiations will produce drafts that can be proposed to all parties – cutting down processing times to days if not hours, resulting in faster agreements and signing of deals, with the most significant gain of all – the many human-hours saved in back and forth communication over iterations.

At the moment, each contract inevitably touches multiple departments, from HR through to logistics, accounts and legal, with many working independently of one another. A core benefit of a unified autonomous contracting function is that different systems and departments can co-create and talk to one another, in turn considering the needs or demands of specific business owners, reducing the chance of errors, and providing a transparent and easy to manage audit trail that is driven by data.

Seamlessly integrating software with contracts will ultimately lead to improved business and customer experience outcomes. Integration with other ‘autonomous services’ could make a real difference to customer experience. With autonomous cars for example, automated contracts could be used to improve how insurance claims are processed and communicated. Should one self-driving car have a collision with another – and require repairs, built-in contracts in both cars could auto-file insurance claims based on precisely what happened, reducing disputes and speeding up the resolution of claims.

At the heart of the autonomous wave are Artificial Intelligence, Machine Learning and blockchain technologies. All are at a relatively early stage in their development, but when leveraged effectively, together they can make a future business model driven by autonomous contracts possible.

Machine Learning models trained with high quality and diverse data are better equipped than ever before to predict future outcomes based on past actions – and blockchain can be used to create an efficient and trusted permission-based ecosystem of entities. In this scenario entire supply chains can be managed autonomously with blocks effectively attributed to clauses in contracts and designed to be self-executing. For example, when an order is received by one company’s ERP, it would activate an entire family of suppliers, trigger clauses in contracts for factories to begin work on component parts, each of which would be guaranteed to meet sustainability, delivery and quality requirements– without the need for human intervention. 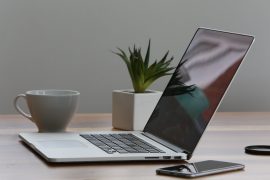 The future is exciting, and 2020 is likely to be a critical year

In today’s cloud-enabled era, the necessary elements of technology required to move contracting beyond negotiations – and introduce an automated and secure network of digital contracts, are now available. Computers are more powerful than ever, and networks are faster and more ubiquitous than ever. Advances in AI and machine learning have been made possible because compute power, networking and storage have moved to the cloud.

Technology has the potential to bring autonomous contracts alive, allowing enterprise contract management to evolve with the environment, and guide transactions within a complete network of people and organisations globally. The future is exciting, and 2020 is likely to be a critical year.

This article is also featured in the holiday season Dec 2019 /Jan 2020 edition of the Banking Technology magazine.