The head of the Federal Financial Monitoring Service of the Russian Federation (Rosfinmonitoring) has said that the country’s crackdown on money laundering is halving the number of suspicious cash transactions. 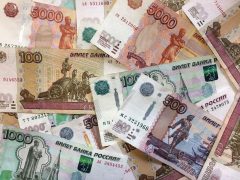 According to a Reuters report, the regulator’s chief Yuri Chikhanchin claims more than $14 billion was prevented from entering the shadow economy in the last nine months.

Chikhanchin says that suspicious cash withdrawals in Russia have fallen 52% in the same time frame, and that withdrawals abroad had dropped in value by $8.2 billion.

Speaking in the Russian parliament, Chikhanchin says that money laundering operations outside of Russia peaked in 2017, via a “so called” Latvian-Estonian scheme where more than $15.7 billion was removed from the country.

Russia is among a number of countries involved in a money laundering scandal over suspicious payments valued at around €200 billion ($221 billion) which flowed through a Danske Bank branch in Estonia.

German lender Deutsche Bank was pulled into the investigations when it was revealed that the bank had been processing the bulk of Danske’s suspicious transactions in Estonia.

The US Department of Justice has said that it is digging even deeper into the German banks’ role in the Danske scandal.

Deutsche has already paid more than $700 million in fines to US and UK regulators as recompense for a separate laundering case involving Russia.