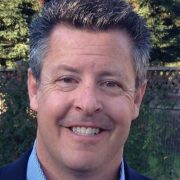 He started his career as a legislative intern at the US House of Representatives in January 1988 and spent five years at Boeing as a director for aircraft contracts between 1990 and 1995. Atherton also worked as vice president of global and enterprise accounts at BEA Systems from 2001 to 2008.

At ACI Worldwide, Atherton will be responsible for the firms’ on-premise business.