Figure Technologies, the US start-up created by SoFi founder Mike Cagney, is about to close $103 million in Series C funding according to papers filed with the Securities and Exchange Commission (SEC).

This fundraising, which has already secured $58.8 million, follows Figure’s $65 million Series B round in February 2019, and a company announcement in May 2019 which said it closed “an up to $1 billion uncommitted asset-based financing facility” – in other words, short-term funding – on its own blockchain Provenance.io from investment bank Jefferies and Wilmington Savings Funds Society (WSFS). 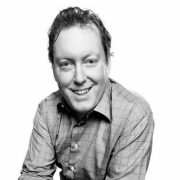 All of Figure’s financial services business happens “entirely” on its blockchain according to TechCrunch.

The huge interest from investors comes as the fintech edges into the student financing space which Cagney told American Banker was a $1.4 trillion market.

In 2017, Cagney lost his job as CEO at SoFi following an investigation into sexual misconduct at the firm. He then co-founded Figure with his wife June Ou, who was previously CTO at SoFi.