Mexican challenger bank Fondeadora has received a $2.5 million investment round from angel investors including Ignia Partners and LW Investment Management. 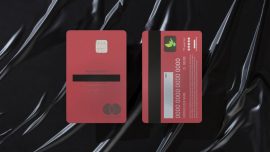 The Mexican challenger has raised $4.1m so far

Founded in 2011, Fondeadora’s main business is in crowdfunding, having been one of the first in the Mexican market to do so. It merged with the Mexican operations of Kickstarter in 2016.

It has raised $4.1 million so far across four rounds, including a $1.5 million seed round in March. The latest round will be put towards building out the firm’s technology infrastructure.

The firm aims to create a mobile-only bank with a prepaid Mastercard debit card and a full-service bank account under a Mexican Popular Financial Societies (Sofipo) licence.

Fondeadora says that it wants to help the 32 million mexicans who own smartphones but remain unbanked.

“We feel that it is our obligation to redistribute the financial power of those who have always had it to build a system that works for everyone,” the company’s co-founder Rene Serrano wrote in a blog post in August 2018.