Robocash Group, the Russia-founded and Latvia-headquartered operator of peer-to-peer (P2P) lending platform Robo.cash, is expecting to raise $5 million within the next six months from European investors to aid the business development of Southeast Asia”.

The European firm has integrated Robo.cash with its Singapore-based company Robocash Pte, allowing users to invest in Singapore and the rest of the Southeast Asian region. It says this is “the first” opportunity for European investors to back 12-month commercial loans in Singapore through a P2P platform.

The lending group already has a Singaporean company which supports its operations in Vietnam and the Philippines. 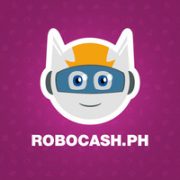 “This integration will significantly accelerate our development in the region. […] The attracted funds will not only support the development of our companies, but also facilitate financial inclusion in the region,” says Robocash Group’s founder and CEO Sergey Sedov.

Asia has seen a notable jump in the value of its P2P lending market, going from $108 billion to $330 billion between 2014 and 2018 according to the Cambridge Center for Alternative Finance.

Earlier this month Singapore-headquartered FinAccel, author of Indonesian credit lending app Kredivo, raised $90 million in a Series C funding round. According to Bloomberg and TechCrunch, the lendtech hit a $500 million evaluation and the $90 million raised marked one of the largest funding rounds for a fintech startup in Southeast Asia.