Jumia, the pan-African ecommerce company, will close its business in Rwanda, just weeks after it exited Cameroon and Tanzania, in the latest sign of retrenchment for the one-time unicorn whose share price has fallen nearly 90% from its high after listing in Wall Street in April, as reported on the FT.

The closures bring Jumia’s footprint in the continent to 11 countries. It also puts a dent in what the Rocket Internet-backed company has long touted as one of its key advantages: scale. 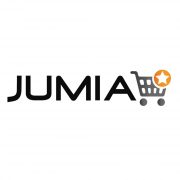 It comes just weeks after it exited Cameroon and Tanzania.

Sacha Poignonnec, co-chief executive, tells the FT that the exits were routine, as the company reassesses its markets, products and services. He notes that in the past, it had left countries such as Mozambique and closed its ride-hailing business. On 10 December, Jumia also said it is in effect shutting its travel website.

“It’s a continuity of recent changes and the strategy is very much for us, it’s very simple, we are engaged in taking Jumia to profitability and drive penetration of JumiaPay,” he says, referring to the company’s payments platform.

Poignonnec emphasises the need to control costs. Losses grew to €54.6m in the third quarter from €40.6m a year earlier, while revenues missed analyst estimates for the second time in three quarters. Jumia has run up more than $1bn in losses since launching in 2012 in Nigeria.

But Poignonnec cites the success of Amazon, China’s Alibaba and Latin America’s Mercado Libre as proof that the model Jumia is pursuing can work. He points to Jumia’s rising customer and seller numbers as positive signs.

As part of its growth strategy, the company has shifted focus toward its JumiaPay fintech platform, on which transaction volume nearly doubled to €32m in the third quarter from a year earlier.

Fintech is the hottest tech sector in Africa, with nearly $400m pouring into three Nigeria-based start-ups in a week in November as venture capital firms bet on companies trying to bring online the roughly 99% of African transactions that are done in cash. Jumia believes its payments service will be key to unlocking ecommerce.

Jumia listed on the New York Stock Exchange to great fanfare in April, becoming the first Africa-focused start-up worth more than $1bn. Shares peaked at $49.77 weeks after their debut but have steadily fallen to $5.96, giving it a market capitalisation of just $458.3m, about a tenth of its all-time high.

In May shares fell by roughly a quarter after the short seller Citron Research released a report accusing the company of fraud, which it denied.

Observers said Jumia faces competition from companies that ship to Africa from overseas, such as Amazon, and local small businesses that are increasingly offering online shopping.

“If I want an iPhone, Jumia will say it takes 21 days, and Amazon will send it in a week, they will remove the VAT and deliver it straight to my door,” says Uzoma Dozie, a tech investor who was chief executive of Nigeria’s Diamond Bank. “With Jumia it’s a different story altogether — it will cost more, it will arrive later and then there is the trust issue.”