The National Bank of Hungary (MNB) has warned major lending banks across the country that they may be “forced out” by fintech newcomers if they do not compete with the challenges edging into the market, Reuters reports. 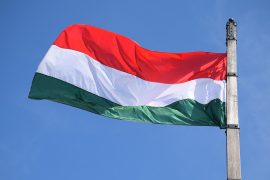 MNB: “Those financial institutions that continue to postpone adjustment will be unable to meet the profitability expected from them”

“Banks are exposed to these challenges in a low yield environment, which keeps their revenues under pressure,” the statement continued, before adding: “A number of domestic financial institutions are unprepared to fully meet the above challenges.”

It is the central bank’s opinion that “those financial institutions that continue to postpone adjustment [i.e. digital transformation] will be unable to meet the profitability expected from them, and they may be forced out of the market over the medium term”.

But overall the central bank acknowledges “the fundamentals of the domestic economy and the Hungarian banking sector have strengthened considerably since the outbreak of the 2008 crisis”.

It rules that “shock absorbing capacity of the Hungarian banking sector is still robust” enough to take “a major negative macroeconomic shock” a still emerge in tact.

The MNB is aiming to lead the way in digitising services for the country’s population, which is also banked by OTP Bank, as well as Austria’s Erste Bank and Raiffeisen, Italy’s UniCredit and Intesa SanPaolo and Belgium’s KBC.

It has put together a fintech strategy to accelerate the licensing process for fintechs can get to market quicker within the region, and says it also wants to improve the level of financial education across the country.