France has a new challenger bank in the form of Moneway, a payment service offering a Mastercard debit card and account linked to a free mobile application.

The challenger provides users with both a French international bank account number (IBAN) and bank identifier code (BIC), and allows them to set spending limits, enable or disable payments methods, and make real-time payments to friends. 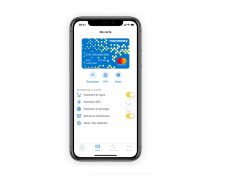 Moneway is still in a beta phase

Still in in a beta phase, Moneway operates as a payment service agent of Treezor, a licenced banking-as-a-service company owned by Société Générale.

Based in Villers-le-Lac in the French countryside, the challenger aims to provide financial services to a mainly young audience and claims to want to provide them with control over their financial lives.

Several the bank’s employees previously worked at technology and augmented reality firm Blippar, which folded in 2018 after spending all its $120 million funding, forcing investors to block further injections.

Moneway chief technology officer JP Roemer worked in DevOpps at Blippar for three and a half years between 2016 and 2018, while Moneway CEO Romain Vermot spent five months at the firm as a back-end development intern in 2016.

Prior to the founding of Moneway, Vermot worked as a website developer and spent two months as a delivery cyclist for Deliveroo in Kent, England.