Fintech’s largest mergers and deals in 2019

Some big deals were announced in 2019 as fintech finding soared and firms looked towards consolidation as a way to offer new services and products to their customers. 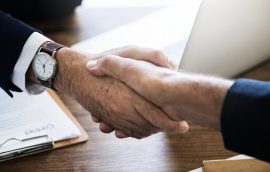 Some big fintech deals were announced in 2019

FinTech Futures has collected some of the biggest headline-grabbing deals from this year in one place, whether completed or announced.

Just 10 weeks after Fiserv and First Data announced their deal, FIS splashed its own cash.

The combined firm expects to invest $500 million into new services over five years.

A deal which caused some ripples when Hong Kong Stock Exchange made a surprise bid for LSE in late 2019.

UK cybersecurity firm gets some hefty backing from US private equity firm.

Thoma Bravo to acquire US lendtech Ellie Mae for $3.7bn

With regulatory approval, the deal is set to close in 2020.