FCA hands out record level of fines in 2019

The UK’s Financial Conduct Authority (FCA) has handed out a record level of fines in 2019, more than six times the amount levied in 2018.

The FCA has so far charged firms £391 million in 2019, compared with £60 million for the previous year. The figure is the highest since 2015, when the watchdog fined firms £905 million. 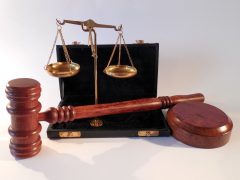 According to the Financial Times, the number of fines this year have been attributed to a crackdown by the regulator on financial crime and insurance mis-selling.

The largest fine issued by the FCA was to Standard Chartered, which was forced to pay out £102 million, a portion of the more than $1.1 billion the bank had to pay to settle charges that it failed to spot sanctions violations.

According to the FCA’s enforcement statistics, the regulator has almost 700 investigations open. The caseload has meant that the average completion time of ongoing investigations is going up. The FCA took an average of 29 months to settle cases in the 2018/19 financial year.

Among the fines levied by the regulator this year were: