Wefox Group, the Berlin-based insurtech which created a digital insurance marketplace and offers its own insurance app One, has raised $110 million in a Series B extension totaling the round at $235 million.

The new round gives the company a pre-money valuation of $1.65 billion according to TechCrunch. 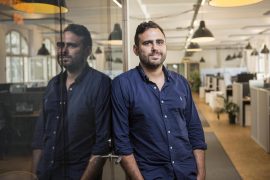 The insurtech has two distinct businesses. Wefox is its artificial intelligence (AI)-driven digital insurance marketplace which connects consumers with brokers and agencies, whilst One Insurance is the group’s standalone direct to consumer insurance brand.

Wefox Group co-founder and CEO Julian Teicke tells TechCrunch it is now serving more than half a million customers.

One Insurance has seen annual revenues increase by nearly tenfold this year to $30 million according to Teicke, who reveals the business arm’s loss ratio – what is paid out of premiums in claims – is below 40%. The industry average lands somewhere between 40% and 60%.

Teicke puts this success down to the technology-driven understanding of risk held by Wefox Group, which enables the insurtech to make more granular calculations.

The new funding will be used to fuel the company’s 2020 international expansion, reaching further from its already official presences in: Germany, Austria, Switzerland and Spain, and Italy.

Read next: Ecommerce insurtech Cover Genius raises $10m in Series B round