AvidXchange, the business to business (B2B) payment network which claims to be the largest of its kind in the US, has launched a new private fundraising round which could value the company at around $2 billion, according to Reuters‘ sources. 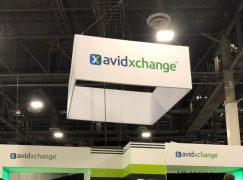 In 2017, the payment processor reached a $1.4 billion valuation

With an investor armoury which includes Mastercard and PayPal co-founder Peter Thiel, two anonymous sources say the payment processing firm could bring in at least $300 million from investors to reach this valuation.

Financial Technology Partners LP is advising the North Carolina-based paytech on the fundraising round according to the sources.

AvidXchange declined to comment on the newest private funding round which comes after fellow US payment processing firm Stripe reached a $35 billion valuation in September following a $250 million fundraising round.

Whilst Stripe focuses on ecommerce businesses’ payments to and from consumers, AvidXchange automates payments, invoicing and accounting for small and mid-sized businesses (SMBs).

The revenue of the business payments sector is predicted to grow by 5.6% each year until 2028, according to a September report from Boston Consulting Group.

Fellow fintech company Bill.com, which automates business payments and invoices, is set to price its initial public offering (IPO) this week, targeting a valuation of up to $1.25 billion.