The Australia and New Zealand Banking Group (ANZ) has revealed it overcharged more than 3.4 million customers, but only 30% of these customers have been compensated so far.

ANZ, one of Australia’s ‘big four’ banks, has reimbursed around one million customers so far with refunds at an average amount of $60 each, but there are still around 2.4 million customer who have not been paid back.

Shayne Elliott, ANZ’s CEO, said at the bank’s annual general meeting in Brisbane this week that the bank is “paying customers back as fast as we can” in order to fulfill the banking royal commission recommendations. 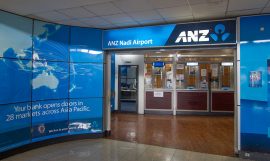 “For retail and commercial banking in Australia, we currently estimate that over 3.4 million bank accounts need fixing,” says Elliott, who adds: “No one is proud of the fact we need to remediate mistakes of the past but we are learning from our failures and strengthening the bank as a result.”

Chairman of the bank David Gonski says the bank will see “an additional charge of $682 million for remediation work”.

“We […] know it’s vital we return customers’ money as quickly as possible – and we have a team of more than 1000 people dedicated to this challenge,” says Gonski, who describes the additional remediation charge as “a real cost” to shareholders which has “impacted the remuneration outcome for management”.

The banking giant has managed to avoid the wrath of shareholders on executive pay packets. Major proxy advisory firms ISS and CGI Lewis advised investors vote in favour of the bank’s remuneration reports, which outlines the pay packets for top executives and board directors.

The fact 89.94% of shareholders voted in favour of ANZ’s renumeration report means the bank can avoid the fate of Westpac, a fellow ‘big four’ bank in Australia which has become the first major bank to get a “second strike” on executive pay.

Westpac is also under fire after it was reveled the bank let 23 million illegal transactions happen on its platform, as well as transactions between known child exploiters. The bank has hired familiar tech partner IBM to investigate the anti-money laundering bust up.