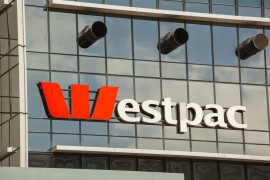 Westpac also plans to make a minority equity investment in 10x as part of the agreement.

Announced amidst the bank’s full-year results, the new initiative will involve the building of a platform that will enable Westpac’s institutional customers and fintech partners to distribute Westpac banking products to their customers.

Westpac also plans to make a minority equity investment in 10x as part of the agreement.

According to the bank, it has been approached by “a range of companies” seeking to take advantage of the new platform.

“The 10x platform will be a ground-up, modern banking platform that gives us the ability, through partnerships, to begin to extend our banking capability beyond what we do in our core business,” says Brian Hartzer, chief executive officer of Westpac.

“In the long term, if the platform proves up the way we think it may, it’s potentially something we can fold back into our own core operating environment and thereby help us drive our own costs and flexibility in a better direction.”

Westpac warned that its profits would remain under pressure from a “very challenging” backdrop this week, after slashing dividends for the first time in a decade. The bank has also launched an AUD 2.5 billion ($1.73 bn) capital raising program.

The bank, which is Australia’s second largest, posted a 15% profit drop for 2018, to AUD 6.85 billion. Hartzer identified weak credit growth, falling interest rates and higher running costs as reasons for the dip.

This time last year it revealed that it had invested AUD 800 million on a digital technology revamp. It had moved 100 applications into the cloud, and said it had 120 APIs in production. The bank is a long-standing user of the Hogan core banking system from US-based firm CSC. It kicked off an upgrade of its systems in 2010 to the CSC’s latest offering, Celeriti. In June 2018 it shifted its core banking operations into a private cloud operated by IBM.

“In the long term, if the [10x] platform proves up the way we think it may, it’s potentially something we can fold back into our own core operating environment and thereby help us drive our own costs and flexibility in a better direction,” Hartzer says of the new partnership.

“While it’s still young technology, we see this as a way for Westpac to test and explore new capabilities that might become directly relevant to Westpac’s core business in the future.”