Visa has invested in Nigerian digital payments group Interswitch purporting the company to unicorn status with a valuation exceeding $1 billion.

After Sky News reported the tip off on Sunday, TechCrunch received confirmation from Interswitch on Tuesday that it had in fact hit unicorn status, but the fintech has still refused to comment on the amount or value of Visa’s investment which Sky News says is $200 million for a 20% stake. 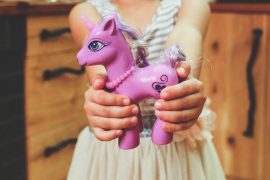 The fintech has more than 19 million active Verve cards on its network now.

An anonymous TechCrunch source also says Interswitch’s anticipated IPO, which will be managed by JP Morgan, “is still very much in the cards” and predicts it will likely be “sometime in the first half of 2020”.

The fintech has more than 19 million active Verve cards on its network now, and with its new valuation Interswitch is only the second venture capital-backed e-commerce start-up to grow to a ten-figure valuation – the first being Jumia, which has currently dropped below its $1 billion valuation due to its fluctuating share price.

Visa’s rush to invest in African businesses can be put down to the continent’s fast-growing and untapped potential, which sees the global payments provider building relationships with local established platforms like Interswitch.

“Sub-Saharan Africa is the fastest growing payments market in the world, with growth driven by a young and dynamic population, rapidly evolving consumer behaviour, and an increasing desire for payment solutions that can be accepted across the continent and abroad,” says Interswitch’s CEO and founder Mitchell Elegbe.

“I am delighted that Interswitch has formed a partnership with Visa, with whom we plan to drive the next phase of transformation in the African payments landscape.”

Founded in 2002, the fintech was one of the pioneers in helping Nigeria move from a cash-based to digital based economy, and now it’s operating in 23 African countries.

The company attempted an IPO in 2016, but when it stunted Elegbe later blamed the recession in Nigeria.