UBS boss fears Europe’s banks are ‘too small to survive’

UBS chief executive Sergio Ermotti believes that banking consolidation, especially in Europe, is unavoidable in coming years as institutions must achieve critical mass to remain competitive, as reported by Reuters.

The Swiss multinational investment bank’s chief said at an event in Zurich: “The question for Swiss and European banks no longer is ‘too big to fail’, but ‘too small to survive’.” 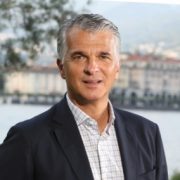 Despite cutting his investment banking staff after a third-quarter profit fall, Ermotti believes that banks need to thicken out to survive and compete with US rivals.

Related: AFME calls for supervisory convergence on the regulation of crypto-assets

He cites UBS’ partnerships with Brazil and Japan as one way of achieving this growth, but says this is not necessarily the only route to a more expansive institution.

The UBS chief also predicts that despite Brexit Swiss banks will see London become a stronger competitor, putting yet more pressure on this country’s financial center.

In other recent news, the Monetary Authority of Singapore (MAS) has fined UBS US $8 million after investigations showed wealthy clients were deceived by the Swiss bank over prices for bonds and structured products.

“The conduct of UBS through its representatives is unacceptable and has no place in the financial services industry where trust and integrity are paramount,” says MAS’ deputy MD of financial supervision Ong Chong Tee.