The case for a united financial marketplace 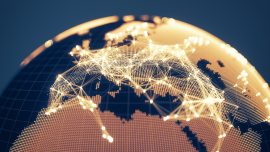 Are we better in a connected financial world?

The decade of regulatory reform which followed the global financial crisis has undoubtedly increased the burden for firms operating in financial markets, but it has also liberalised the market by opening it up to innovation and competition.

In the land grab that typically follows periods of change, we have seen a number of firms coming up with new, technologically-driven solutions, many of which attempt to streamline one of the three most problematic processes in institutional investing: the search for liquidity, the search for insight, and the search for capital.

As demonstrated by the recent closure of bank execution desks and the mergers and acquisitions (M&A) activity on the independent research providers’ side, to name just two examples, it is a development that has produced winners and losers both among incumbents and newcomers.

For the incumbents, the initial instinct was to either bury their head in the sand and seek to protect their businesses for as long as possible (difficult), try to replicate some of the innovations in-house (costly), or retrench (lose clients). For the newcomers, the initial euphoria has often not materialised in tangible revenue, and some have seen their funding sources dry up, while the genuine innovators have been acquired by established providers who have the scale and the infrastructure to support their growth.

As the dust settles on a decade of change, innovation and experimentation, a new, perhaps counter-intuitive, option is emerging as a truly viable alternative, one that could benefit both incumbents and new arrivals alike and will be key to solving the liquidity, insight and capital challenges that will drive financial market performance over the next ten years. That solution is a market based not on competition, but on self-interested collaboration. We call this a united market.

To understand the concept behind a united market – and the mentality shift required to reap its benefits – it is helpful to view the financial ecosystem as a marketplace. And, not unlike other markets, at its epicentre lies a complex network of buyers, sellers, and products. In financial markets, the product is often not tangible, but is underpinned by data and technology. While acquiring data and technology is costly, it is not the barrier to entry that it was a few years ago. In this institutional investment network, technology serves as the connective tissue that provides direct, seamless access among network participants. Sellers connect directly with buyers. Issuers connect directly with investors. Research, data, and insight are delivered directly to trading desks and investment teams.

We are heading towards a new equilibrium in the supply and demand of goods and services in financial markets which is driven by commercial reality. Financial market participants remain fundamentally rational, something which is further accelerated in this transparent and data driven world where there is no time for costly experimentations and mistakes.

Why do I believe that firms will choose to collaborate rather than compete? The invisible hand of the market which regulates the supply of goods in a free market will certainly play its role – market participants will make rational decisions which are driven by self-interest but in being rational they will ultimately benefit the market as a whole.

Having tried to hold onto the advantages of the old market order for as long as possible, attempted to replicate the innovations in-house and made decisions to exit certain businesses, market participants that want to survive in this new equilibrium are turning to specialisation and a less-competitively minded distribution of those products.

To function well, this equilibrium requires network facilitators which can amplify the effect of collaboration in a way Amazon Marketplace has done for its users, especially as pressures on fees and costs continue to rise, while access to liquidity, insights and capital becomes more complex.

Such self-interested collaboration will require facilitators to deliver benefits similar to a utility (for example efficiency, keeping costs for end users low), but at the same time retain an innovative mindset and remain open to outsiders who wish to play by the same rules.

This approach is critical to ensuring the industry can thrive and respond to the challenges of the next decade, both those known today, and those likely to emerge. A united and integrated market is one in which everyone can win and compete based on the quality of their technology, product and service, provided they collaborate.