Swedish neobank Northmill picked the pocket of retail bank Swedbank and hired a new chief analytics and credit officer to help with the challenger’s expansion plans. 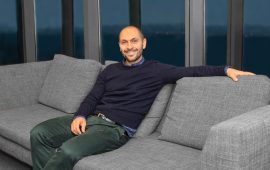 Georges Mansourati spent eleven years at Swedbank, starting off as a risk analyst and trader before becoming head of x-value adjustment (XVA) and capital management, finishing his traditional banking career as business owner for advanced analytics.

Northmill received its Swedish banking license in September 2019, and has now brought in Mansourati to lead the analytics and credit team in developing new models, “aiming to transform data into products that improve everyone’s financial life”.

Northmill’s CEO Hikmet Ego is confident the new hire’s “deep knowledge in data and credit analysis” will allow the bank to continue to be proactive and position itself “even closer to the customers’ needs”. 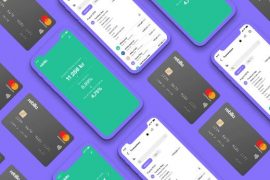 Ego adds: “This becomes increasingly important as we are planning to broaden our product portfolio substantially in the near future, and at the same time, we put in an extra gear in the work to establish ourselves as an international tech bank.”

The neobank’s new brand Rebilla was built to act as “a personal banker” with 24/7 access, but “we replace the banker with technology,” says Ego.

Currently investing heavily in analytics, risk, IT and compliance, the neobank has also hired a new chief risk officer and doubled the number of employees in its tech department in Q3 of 2019.

Mansourati is excited to join “a tech company conducting banking services where innovation and product development are at the core”.

“There is a genuine commitment to becoming a challenger to a traditional industry and in that journey, I look forward to playing an important role,” Mansourati adds.