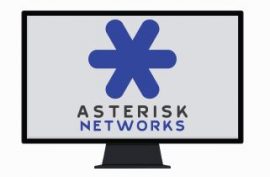 Former MD at Morgan Stanley, Barclays Capital and former board member of the International Securities Lending Association (ISLA), Phillips trails an impressive career in finance behind her.

She joined the industry as young as 17 and after five years was heading up her own trading team. Once she was in a position to employ other traders, she began considering female candidates in different ways to male ones in an attempt to even out the gender imbalance.

In her latest venture with a team of seven including two young mothers, the entrepreneur wants to allow lenders to lend directly to asset managers and cut out some of what she describes as the “opaque” costs incurred by lenders fees earned, broker dealers and agent lenders which cost the borrowers £12.6 billion a year in total according to IHS Markit.

“We want a percentage of that, but we’re not an antagonistic disruptor,” Philips assures the market, “we just want a value chain which helps every participant”.

Related: Being black in the financial services industry

“Inevitably we will cut people out, even if it isn’t our primary driver,” adds Phillips, who confirms the fintech has already completed an over-subscribed investment round with eleven angel investors.

The Basel III regulation, which was fully implemented by the industry at the beginning of this year, codified how much capital should be held against various kinds of risk. But arguably this regulation is now having a negative impact on securities lending, because some financial institutions are finding it to be too capital intensive a process.

Traditionally agent lender organisations sat between securities owners and borrowers, using their internal risk models to calculate costs which could be calculated to zero. Now, with the introduction of a standardised approach, risks can become far more expensive.

“It comes down to timing,” says Phillips in reference to Basel III, “banks are willing to listen to our pitch and are far more open to it”.

With ten large global clients already onboard and currently undergoing beta testing before its launch, the fintech is moving in the right direction. By collaborating with Euroclear, the platform creates a digital space where asset managers and lenders can interact directly over standardised documentation.

Asterisk Networks makes its money by charging 5% of the monthly fees accrued on outstanding loans, which it feels is “an extremely modest market share”.

The fintech is initially launching in the UK and Europe, then looking at the US and Asia.

Read next: AI: Understanding bias and opportunities in financial services