Californian fintech BlueVine has raised $102.5 million in a Series F round of equity funding to build out its checking account product.

At the end of last month the small business ‘fast funding’ provider announced its banking service with Mastercard, which includes a debit card for everyday finances and 1% interest on business user’s balances – higher than traditional checking account rates – with no monthly fees. 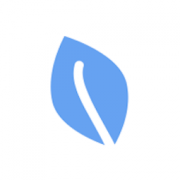 The round was led by Israeli investor ION Crossover Partners

With a variety of backers from around the world, the non-bank fintech is well placed to launch and scale existing as well as new products – an aim expressed by its CFO Ana Sirbu, who does not clarify to Crunchbase what these new products will be.

Now with a total of $692 million in funding, the jump in capital injections from its $12 million Series E last year is significant.

Investors say they “have witnessed the demand, and frankly the economic need, for BlueVine’s banking services,” confident the company is well-positioned “to change the way small businesses manage their financial needs today and in the future”.

Read next: BlueVine and GovQuote team up to fund SMEs