Slovenia’s parliament has passed a law requiring the Bank of Slovenia to cover all potential repayments to those who lost their investments following the country’s 2013 bank overhaul, which saw a build up of €8 billion in bad loans since the financial crisis.

Reuters reports that the law now overules the veto submitted by the State Council – the upper house of parliament – last month which said the law didn’t give investors “efficient” legal protection. 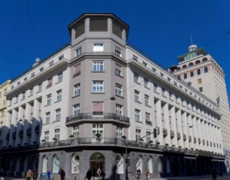 Passed 47 to 41, the law will now likely see a significant delay in enforcement as the Bank of Slovenia, with the backing the European Central Bank (ECB), says it will challenge the law at the country’s Constitutional Court.

Despite the central bank and the ECB arguing that making the Bank of Slovenia liable for these losses violates European Union’s monetary financing rules, the Finance Ministry which prepared the law says it is in line with a 2016 Constitutional Court ruling that legally protects investors.

Slovenia’s banks received more than €3 billion from the country’s government to bail them out and avoid complete collapse, but €600 million in subordinated bonds issued by the banks and shares held in them by around 100,000 shareholders were scrapped.