Silicon Valley Bank (SVB) has announced its expansion into Denmark, starting with the nation’s capital Copenhagen.

Now able to connect its Danish customers and their investors to a global funding network, the US bank feels “the country’s growing talent base and strong ecosystem for entrepreneurs” is a good enough reason as any to increase its presence in the Nordic region. 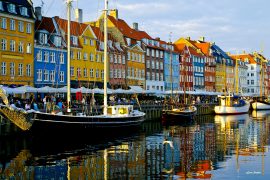 Already backing more than 20 companies in the region, including consumer review website Trustpilot and cloud-based web service Siteimprove, SVB is hoping to find more high-growth companies like this across the country.

The bank has also chosen Sebastian Penn to be its Danish managing director. Penn is a venture capital veteran whose most recent role at DenmarkBridge saw him posted to the San Francisco Bay Area.

The newly-appointed MD also has experience in Washington’s The World Bank, but began his career in the Danish government monitoring the country’s investment in the European Investment Bank.

“Denmark presents an exciting opportunity for us to expand our European operations and we are thrilled to welcome Sebastian on board,” says the bank’s head of EMEA and UK president Erin Platts, who calls the Danish expansion “a key milestone for SVB”.

“It […] underscores our commitment to the European technology landscape,” Platts adds, who ultimately wants the bank to contribute to the growth of the global innovation economy.

Penn believes “there is a huge amount of activity taking place in this [Nordic] market”, and he hopes the expansion will particularly help those companies “planning to grow quickly and internationally”.