Putting female STEM into financial systems: the role of gender diversity in fintech

Over the past five to 10 years, no other sector has seen the amount of investment and growth as that of fintech. From an employment perspective,fintech offers the latitude for people to work on high impact projects in the financial markets sector, something which was traditionally the preserve of the big investment banks. 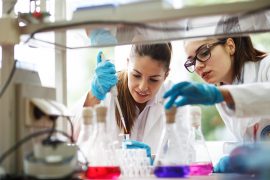 Initiatives are springing up across academia to promote female inclusion in the sector.

Previously, only those who had worn a suit to the same bank for 20 years might find themselves in a position to impact the financial markets, there is now an opportunity for a handful of motivated, t-shirted disruptors to shake up a segment of the market without going via that established career route.

Rather than ideas being stifled or twisted to suit the decision-making processes of a big bank, a concept can be driven through by fintech founders as they first envisaged, independent of that control and established thinking.

Talent plays a central role in the growth of a fintech company, at every stage and London is home to some of the best talent in the world. London, where many companies in the fintech ecosystem are based, has a perfect mix. Not only is London one of the two largest global financial centres, but it is a massive technology destination. It’s no coincidence that Microsoft and Google have recently opened major new facilities here.

Looking at the fintech talent picture, from the top down, the core management team of CEO, CTO and CPO will probably be the founders of the company and as they look to grow, they need to fill a number of roles to support this aim.

First and foremost those are product roles, the people who help them take their concept and build it into something they can take to market, such product designers, product managers and front end engineers.

In capital markets fintech there is also a high level of demand in data science and data engineering roles to ensure that a product or service can satisfy a very specific demand with the level of precision in what are often high speed and high-risk trading environments.

The first headache for fintech leaders is that there are more fintech roles than there are people to fill them which makes for an employee’s market, especially for contracting software engineers. In this context there is an imbalance in the demographics of fintech recruitment.

The good news is that UK fintech is already diverse when it comes to culture and nationality, with people coming into these technology roles from a range of backgrounds. However, the under-representation of women is as huge a problem for fintech as it is across the global technology scene and it’s manifested across the board with a lack of female talent in all the key fintech roles. In 2016, the Centre for Financial Services Innovation (CFSI), released diversity figures showing that at venture-backed tech start-ups, the average number of females on executive boards was less than 20%, and less than a third of all employees.

The root cause of the lack of female fintech talent lies with a graduate pool where many more men have studied computer science and related IT disciplines and have the right level of skills to enable them to quickly take up their first roles in business.

This is something that UK universities have now started to focus on, with initiatives springing up across academia to promote female inclusion in the sector; for example Trinity College, Cambridge runs short residential courses for female school students interested in studying a range of science, technology, engineering, and mathematics (STEM) when they get to university, including computer science.

In the UK’s education system, where universities exercise a high degree of independence, such initiatives are difficult for the government and regulator to drive and oversee and must be driven by the educational establishments themselves.

As the Cambridge residential course shows, the issues with computing graduates, isn’t entirely one of the universities’ own making; they aren’t getting a sufficiently strong supply of female school leavers with STEM A-Levels and GCSEs under their belts. 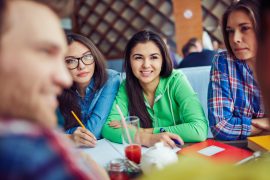 Schools need to be getting girls involved in STEM from an early age.

Schools need to be getting girls involved in STEM from an early age, rather than allowing girls to stream themselves into subjects which will preclude later participation in computer science subjects. Fortunately, there are a number of initiatives springing up, offering advice and assistance.

One is Stemettes, which works with girls as young as five to inspire, encourage and support them into STEM related careers, via hackathons, panel events, a mentoring programme and an app.

In a recent white paper from the Emerging Payments Association (EPA), “Women in Changing Times” a third of respondents thought that change would primarily come through governmental action, including new regulation.

This is perhaps truer in relation to schools, where the government has a greater degree of control in setting the curriculum and related policies. Bodies like Doteveryone, headed by crossbench peer Martha Lane Fox, have been set up to persuade and advise government on responsible technology policy, not least the inclusion of girls.

Meanwhile the WISE Campaign aims to enable people in business, industry and education to increase the participation, contribution and success of women in science, technology, engineering and mathematics, working on boosting the talent pool from classroom to boardroom.

Those questioned in the EPA survey felt that in order to progress gender equity issues there needed to be change at the top levels of fintech firms. Senior management was the suggestion most frequently cited (63%), followed by the board (44%).

When you start up your own company, with one or two founding partners, it’s a unique opportunity to build something in the way you want to, not as others dictate, but founders need to factor in a gender balance to their human resource planning and that EPA study suggests their employees and the wider industry expect this of them.

One of the consequences of the largely male pool of computing graduates is that statistically a large proportion of fintech founding teams are male. It’s human nature to surround oneself in a new venture with people that you’re comfortable with and often this means male fintech founders hiring men – and so pretty soon you have an environment in which it’s very hard to bring a women to work in, because it’s so overwhelming male.

Trying to correct a lack of gender diversity in a company that has already progressed from start-up to scale up is very hard to achieve and the male culture is ingrained by that stage – fintech founders must address the gender balance early.

When entrepreneurs tackle the challenge of growing their fintech startup, they could find themselves feeling that the requirement to introduce gender balance to their fledgling company is another burden on a long list of things to do, but there are sources of advice and assistance they can turn to.

Professional services firms like EY and PWC not only run accelerator programmes for FinTechs, but have women-in-STEM initiatives for fintechs to plug into and thereby not only encourage and shape the next generation of female tech stars, but also promote themselves and the wider FinTech community as a destination for that tech talent. While the signs for an improved gender balance are improving, everyone in the fintech ecosystem must understand and play their part to maintain the positive momentum.

By James Brown, founder and CEO of Storm2