PayPal has struck a deal to acquire Honey, a shopping platform that offers online shoppers discounts and rewards, for $4 billion.

The paytech giant will be acquiring Honey Science Corporation, the makers of a deal-finding browser add-on and mobile application, for $4 billion, mostly cash. 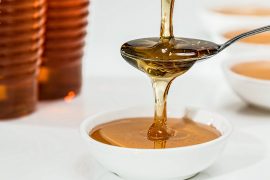 It will give the payments giant a foothold earlier in the customer’s shopping journey.

The acquisition, which is PayPal’s largest to date, will give the payments giant a foothold earlier in the customer’s shopping journey.

The deal comes as the paytech faces increased competition from tech companies such as Apple, Google and Facebook which now offer either their own forms of payment or payment processing. It’s also battling stalwart credit card networks like Visa and Mastercard, which are expanding their online payment offerings.

It’s a competitor to sites like RetailMeNot that collect promo codes and aggregate them for consumers. Honey differentiates itself by automatically inputting all eligible promo codes for shoppers during checkout and uses the code with the biggest discount.

Honey was founded in 2012 and is headquartered in Los Angeles. It has 17 million monthly active users, according to the release. Many of its users tend to be younger, overlapping with Venmo’s user base, according to a PayPal call on Wednesday with analysts.

The acquisition is PayPal’s largest to date.

Honey has raised more than $30 million from investors, according to Crunchbase.

The acquisition still needs regulatory approval, but the companies expect it to close in the first quarter of 2020.

Once the acquisition is finalised, Honey will keep its headquarters in Los Angeles. Its co-founders will continue to lead the Honey team.