UK challenger banks are sharing financial crime intelligence to improve their security protocols and responses, according to an executive at NatWest challenger bank offshoot Bó. 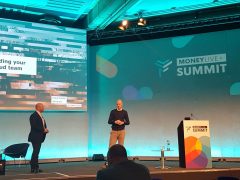 Product owner and head of financial crime at Bó Andy Mason calls the collaboration between new banks “pretty impressive”. Speaking at MoneyLive Summit 2019 in London, Mason used an example of Monzo sharing with the challenger bank community how it broke up a human trafficking ring.

It was Monzo’s onboarding process which caught the now convicted criminals out. This sort of information is shared through established live channels and forums designed to be a touch point for financial crime use cases in neobanks.

“It’s an incredibly open community, particularly when it comes to things like financial crime because they see it as an improvement to society – there’s no competition,” says Mason.

He adds that he was “shocked” by the openness on the topic, having come from a traditional banking background with more than ten years experience in RBS and NatWest.

He is now firm in his belief that “it’s not just about keeping secret how you do these things, it’s actually about helping people solve [financial crime] together and and share intelligence across the industry”.

But whilst Bó’s financial crime head did confirm the advice from other challengers played a vital role in the evolution of NatWest’s new digital bank, he also noted that challengers completely independent of established banks often give customer acquisition a bigger pride of place than risk and regulation.

“It [customer acquisition] is much more overbearing than risk factors” in independent challengers, says Mason.

As for Bó, although the team and bank infrastructure was completely built from scratch, the neobank still needs to be more wary of financial crime and risk on its platform than your average challenger.

To address this, Mason says the bank mapped out all of NatWest’s and RBS’ stringent policies and “made them applicable to a digital bank”. This then set the foundation for its approach, which seems have worked well so far as the bank reveals it passed its audit “with flying colours” – something Mason was quite surprised by.

Still able to keep a streamlined team with no silos despite its association with NatWest, Mason says this is a massive help in tackling financial crime quickly. “Everyone sits together which means we can really quickly and agilely react to anything that is going wrong.”