Leaked numbers show only 16% of Curve’s users are active

Internal numbers from Curve’s company data stamped ‘May 2019’ have been leaked by two sources to Business Insider which suggest only 72,000 of the card provider’s 500,000 customers are active and use the card at least once a month.

The two sources which leaked the data insisted the monthly active-users for May was “closer to 80,000” than 72,000, which is 16% of 500,000. Either figure still represents a significant difference. 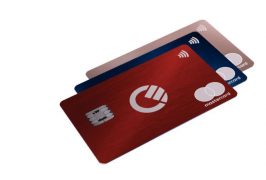 Despite this revelation the British start-up, which consolidates a user’s bank cards into a single smart card, insists it will reach 4 million customers by 2020 in its crowdfunding pitch deck and has already announced its half a million user milestone this year.

In September 2019 the fintech became the fastest start-up to reach £4 million on Crowdcube, reaching four-times its £1 million target in just 42 minutes of launching on the crowdfunding platform.

The campaign also saw the highest number of investors – 9,591 – on a single campaign. It raised £6 million in total.

This followed a valuation of more than $200 million in July 2019 after the start-up secured capital from the likes of Santander and Seedcamp.

Now it’s been revealed only 14-16% of its customers are monthly active users, pointing to the difficulty in keeping users engaged in its proposition.

Founder and CEO of digital banking platform for banks Agora Services, Arcady Lapiro says on LinkedIn: “[The] reality on challenger banks… no real stickiness with their “users”. […] Incumbent Banks who have (for the time being) the real relations with the clients can still make a come back with the right technology.”

The start-up’s investment deck, criticised by investors for lacking transparency, did not include key-performance-indicator (KPI) data or information about expected revenue or profit margins.

The start-up defended its bare pitch deck, telling the Financial Times it didn’t have to provide a detailed prospectus to crowdfunding investors at that stage.

One anonymous Crowdcube backer told Business Insider: “It’s one thing to convince VCs to back your vision; they get to have a proper look under the bonnet. But it’s quite another to get thousands of ordinary people to hand over their money without giving them the full story.”

As a benchmark, UK challenger Monzo says 73% of its 3.3 million customers use their card once or more a month.