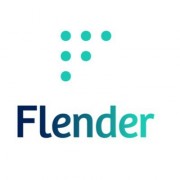 Flender completes its eighth funding round

This is the company’s third round of debt financing, after it received €10 million in June 2019 and April 2018 respectively. It has raised a total of €109 million over eight funding rounds since 2015.

“Before we got this new funding line, we had two main unique selling points over banks and that is speed of execution and a better user experience,” co-founder Kristjan Koik tells The Irish Times.

“But now, as well as having significant additional funding available we’ve cut our rates so that it is now as cheap, if not cheaper to come to us.”

According to a report from the Bank of Ireland, the top three market lenders to SMEs in the country control a 90.3% share of the industry, while rejection rates sit at around 15%.