Alongside participation from existing investor Goldman Sachs, the 2017-founded start-up says it will use the investment to expand in North America from its new headquarters in Boston, where it sees a clear demand for cybersecurity support. 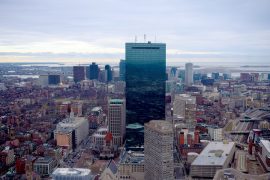 Investment will be used to expand in North America

Following an $8 million Series A round in January this year, the UK-founded start-up led by former GCHQ cybersecurity instructor James Hadley wants to educate company’s employees on cybersecurity practice through ‘gamification’ – the application of game-design in non-game contexts.

“At a time when cyber skills are stretched across the board, the Immersive Labs platform enables companies to identify these weak points and rapidly skill people to address them.”

Now a team of more than 100, the start-up says it’s experienced year-on-year growth of 750% in its annual recurring revenues.