A collection of UK banks has failed to reach a consensus on how victims of authorised push payment (APP) fraud should be reimbursed. 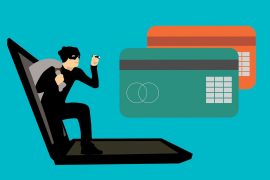 Pay.UK, the country’s independent payment scheme operator, had launched a call for information from major UK banks following a proposal from a group of seven payment providers, seeking to amend the Faster Payments Scheme rules.

The providers proposed introducing a rule requiring all payment providers that directly connect to the Faster Payments Service (FPS) to pay into a shared central fund, which would be used to reimburse innocent victims of APP fraud.

According to Pay.UK, concerns were raised by some providers and banks that a flat-rate fraud levy would be unfairly affecting institutions who do more to protect customers from fraud.

“As the payments sector has raised doubts over the proposed model’s implementation and effectiveness, we have concluded that there is no industry consensus to finance a central fund to reimburse innocent victims of APP fraud,” the body writes.

“It is critical that the whole industry plays its part,” adds Paul Horlock, CEO of Pay.UK. “We’ve already seen examples of payment providers taking significant steps to protect their customers independently, and we believe a flexible alternative will create the conditions for all parties to tailor their approach to funding and offer consumers a consistent experience.”

More than £500 million has been lost to APP fraud in the UK since 2017, a type of fraud in which a criminal tricks the victim into sending money to a third-party bank account.

A voluntary code of conduct was introduced in May, requiring banks to sign. Eight banks – and their subsidiary brands – committed to introducing the code immediately: HSBC, Barclays, Lloyds, Metro Bank, RBS, Santander and Starling Bank.

“The cost of adopting a levy is significant and would impact point of sale developments and not incentive investment in fraud prevention,” says Andrew Hewitt, FIS director of payments and data solutions, over email.

“As payments systems and infrastructure progresses, as should fraud prevention measures. To tackle the issue, Pay.UK should push for banks to modernise and invest in their fraud systems to mitigate their own risk and improve service to customers.”