Redesigning a bank for the 21st century is a process that many banks and their leaders are still grappling with as they try to kick a habit of focusing on traditional success factors like net interest income. 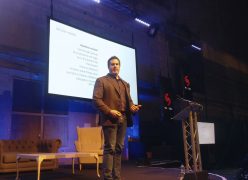 Locsin believes banks have yet to see the full platform benefit

That’s according to Matt Locsin, global head of innovation at Publicis Sapient, speaking at Fintech Talents on 11 November in London.

Fintech, he says, has been historically looked by major banks as a way to lower costs and remove complexities from the back office, while neobanks are dismissed for their relatively low customer numbers and focus on flashy applications.

What the challenger banks can show, says Locsin, is that banking can be both aesthetically pleasing and can be laser-focused on a segment of people’s lives. The creation of a marketplace or platform model is something which many bankers still find hard, he adds.

Old habits die hard for traditional bank leaders, says Locsin. “Bankers make billions in net interest income if rates move just a bit. CEOs are so in love with the net interest business that their other business models don’t hold a candle to them.”

Locsin notes that when trying to convince leading bankers of the usefulness of platform models, it becomes necessary to understand how we model the economics behind it.

Sitting on top of that complexity is attempting to navigate systems change. “It’s like playing operation except that instead of the buzzer going off you have regulators showing up and asking if you would like some help running your business.”

“When most banks invest in the digital transformation of their systems they tend to focus on operating models and the total organisational model,” adds Locsin. Most disruptors target the other end of the pyramid and attack the market and the business model levels.

A method through which some banks have tackled the digital market is via the release of their own fresh-faced brands. FinTech Futures caught up with Locsin on the sidelines of the conference and asked him about the high-profile failure of some of these new ventures like Finn by Chase.

“People look at Finn and say ‘oh, that;s a good example of why you shouldn’t get into creating a greenfield digital proposition’. I would argue that it might have been time and money well spent.”

JP Morgan announced in June that it would be folding its digital bank account Finn after less than a year on the market. The bank stated that it would be incorporating Finn features into its other apps.

“If you look at the customer audiences that they were going after with Finn, and you just look at the kinds of income that those people would have, there’s a good question as to whether that proposition is right for that market. It’s good old-fashioned entrepreneurship […] along the way they must have learned a heck of a lot and I would encourage other banks to at least be as disciplined when considering how they probe the market.”