Bulgaria’s third largest bank, First Investment Bank (Fibank), claims to be the first in the country to open an open banking platform compliant with the second Payment Services Derivative (PSD2).

The move will enable Fibank customers to move their other accounts to the My Fibank app, which means they can check all their account balances, transfer money and receive bank statements all in one place. 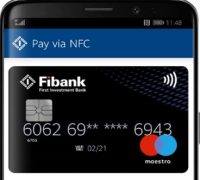 However at present there is only one other Bulgarian bank which is technically prepared and complies with all regulatory standards to allow for its data to merge into one platform like Fibank’s app, according to Verdict.

Available on Android OS for now, iOS and internet banking customers will see “soon to be followed” offerings through their banking channels.

Bulgaria has traditionally been one of the slower Central Eastern European (CEE) countries when it comes to open banking penetration rates, but according to Global Data, its roughly 8% of data shared by the industry has doubled this year compared to 2013.

As well as getting up to speed with PSD2, Fibank also teamed up with Mastercard this month to provide customers with Apple Pay capabilities.