Hong Kong Exchanges and Clearing (HKEX) has revealed that its failed bid for the London Stock Exchange (LSE) cost it $16 million. 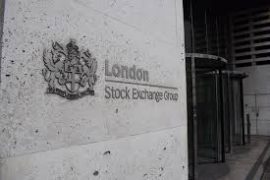 A majority of the losses were down to fees paid to consultants advising the exchange’s ambitious bid to create a worldwide capital markets operator.

HKEX tabled a surprise £32 billion takeover bid for LSE back in September, causing its own shares to slump to an eight-month low.

It dropped the bid at the start of October after receiving a chilly reply from the London-based bourse.

Charles Li, chief executive of HKEX, admitted that the board had concluded the offer was not in the best interests of its shareholders. “We only regret the chances we didn’t take,” he wrote in a blog post at the time.

Li had previously gone on a charm offensive about the deal, appearing at Sibos 2019 in London to wax lyrical about what possibilities a merged entity could provide.

Also at Sibos was LSE’s CEO, David Schwimmer, who reiterated the firm’s focus on Shanghai as the new financial centre of China.

HKEX’s profit during the quarter ending 30 September dropped by 9.7% to $283 million, while revenue and other income for the period declined 2.8%.